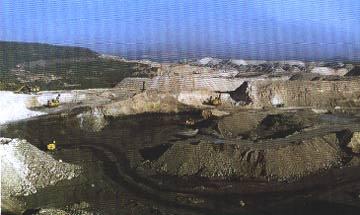 The Ministry of Coal is responsible for development and exploitation of coal and lignite reserves in India.  The subjects allocated to the Ministry which include attached and sub-ordinate or other organizations including PSUs concerned with their subjects under the Government of India (Allocation of Business) Rules, 1961, as amended from time to time, are as follows:

Administration of the Mines and Minerals (Development and Regulation) Act, 1957 (67 of 1957) and other Union Laws in so far the said Act and Laws relate to coal and lignite and sand for stowing, business incidental to such administration including questions concerning various States.